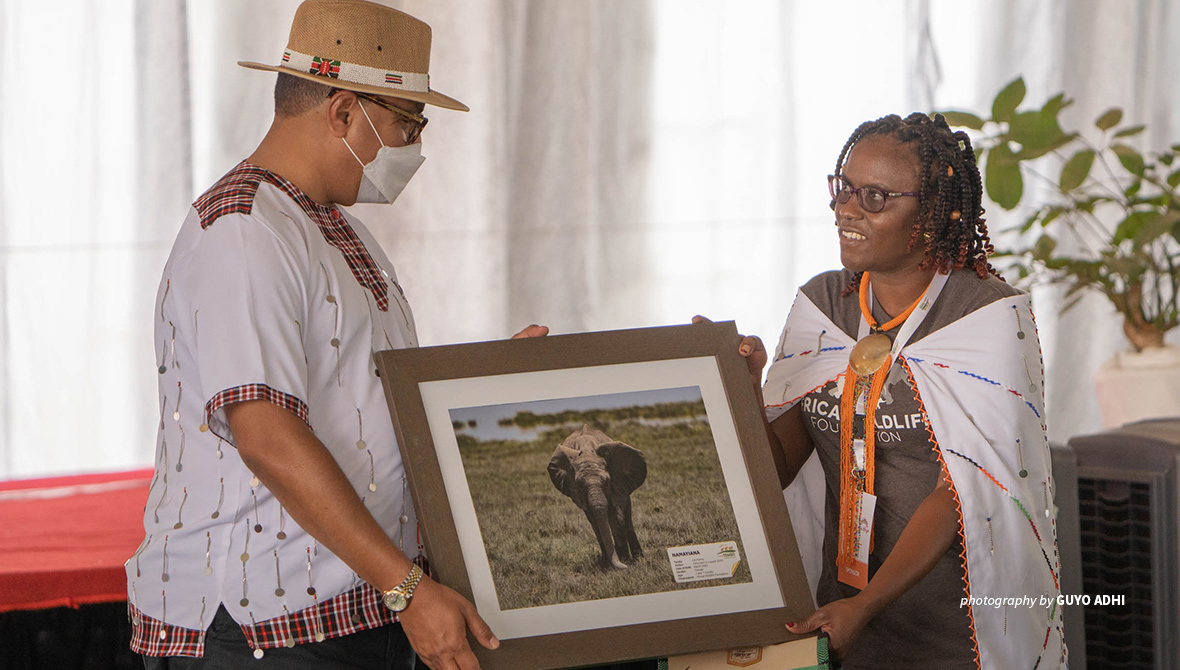 The elephant species plays a key role in shaping our livelihoods, including the well-being of communities living around the parks, reserves, and conservancies. In recent years, elephant poaching has reduced significantly but human-elephant conflicts have increased in many regions within the country as a result of the increasing loss of habitat and competition of land use.

AWF selected to name a newborn female calf in homage to the organization’s new 10-year strategy. The name “Namayiana” which means “blessings ahead” in the Maasai language and is symbolic of the dawn of a new age of conservation as AWF celebrates its 60th anniversary. 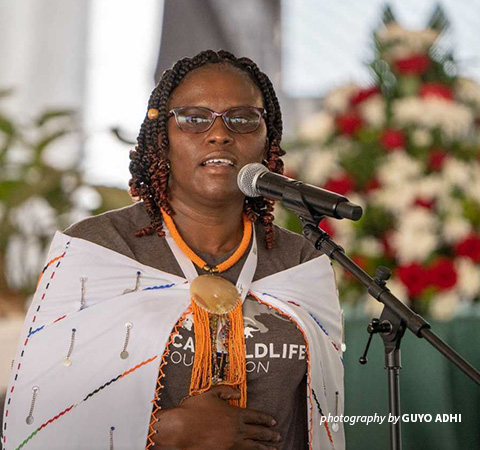 Speaking at the naming ceremony, AWF Country Director, Kenya, Nancy Githaiga expressed, “The African Wildlife Foundation commends and congratulates the Government of Kenya through the Ministry of Wildlife and Tourism, Kenya Tourism Board, and the Kenya Wildlife Service for their momentous effort in safeguarding this iconic species.

We are very confident that through such sustainable and innovative initiatives, the sector has a better chance of recovering from the significant economic brunt occasioned by the COVID-19 pandemic. It is certainly high time that the industry diversified its income streams away from tourism while sustaining community livelihoods in the long run.”

Elephants are among the endangered wildlife species in Kenya and across Africa. However, recent statistics released by the Ministry of Wildlife and Tourism that were obtained during the 2021 Big Mammal Census indicate that the current elephant population in Kenya is estimated at 34,354 individuals with the Tsavo ecosystem, where AWF has several programs, having the largest population of 12,853 elephants.

During the poaching crises of the early 2010s, AWF’s Urgent Response Fund supported 14 elephant populations in nine countries across Africa between 2014 and 2018. These populations had an estimated cumulative population size of 189,835 individuals.

At the end of 2018, 10 of these populations had reversed declines (increasing or stable) as a result of intensive protection through our Stop the Killing approach. This means that natural recruitment was higher than the poaching rate thus enabling the populations to achieve net growth.

AWF continues to adopt a three-pronged approach for elephant protection — Stop the Killing, Stop the Trafficking, and Stop the Demand. In addition, we are supporting countries to develop and implement their National Elephant Recovery and Action plans. Currently, AWF is supporting Kenya to renew its Action Plan for 2021-2031 and this is expected to be completed and launched by end of 2021.

AWF Vice President, Species and Conservation, Dr. Philip Muruthi said, “Through the implementation of the National Elephant Action plan that is currently in development, we are fairly confident that it will go a long way in addressing the issues of elephant populations presently and in the future.

This plan aims to reemphasize the importance of approaching conservation solutions from a community empowerment level, by ensuring that the level of community engagement will guarantee that they reap the benefits of conservation and thus increase their ownership.”

The goal of the annual naming festival is to secure a future for elephants and their habitats in peaceful co-existence with humans while providing benefits and for posterity. The loss of ecosystem connectivity and rising human-elephant conflicts needs urgent attention from the public.