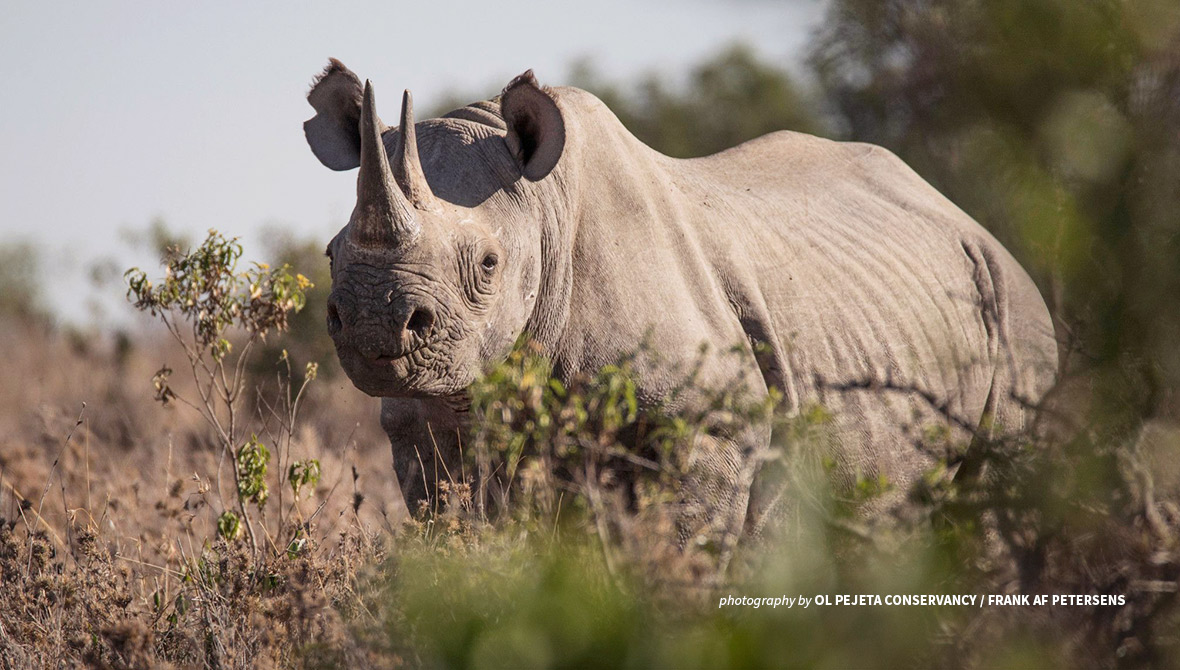 World Rhino Day has been celebrated on September 22 every year since 2010, uniting wildlife enthusiasts and conservationists across the globe to bring much-needed attention to this magnificent but vulnerable mammal. Once widespread in Africa and Asia, the remaining five species of rhinoceros are restricted to protected areas and sanctuaries. These rhino populations are recovering from decades of poaching driven by the illegal wildlife trade and the demand for their horns. While some subspecies like the southern black rhino in Africa are recording population growth, others are critically endangered, while others like the northern white rhinoceros are considered functionally extinct.

The rhinoceros species found in Africa are the white rhino (Ceratotherium simum) and the black rhino (Diceros bicornis). Overall, white rhino populations are greater than black rhino numbers, and the species is classified as Near Threatened on IUCN’s Red List of Threatened Species. Though sizeable, this population comprises mainly the southern white subspecies found largely in South Africa, with other smaller populations in Zimbabwe, Namibia, Uganda, and Kenya. Only two female individuals of the northern white rhino subspecies remain under 24-hour surveillance in Kenya’s Ol Pejeta Conservancy. Efforts are underway to bring the northern white rhino from the brink by producing embryos via in vitro fertilization.

The African black rhino, on the other hand, is listed as Critically Endangered. Recent population assessments have recorded a slow increase, with the south-western subspecies downlisted from Vulnerable to Near Threatened in 2020. However, both the south-eastern and eastern black rhino are critically endangered. 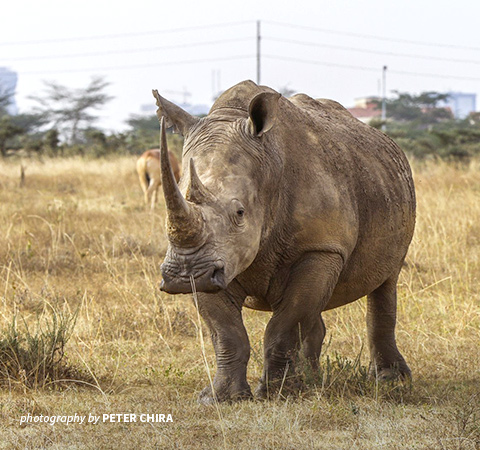 What African rhinos are extinct?

Subspecies of both white rhinos and black rhinos originally occurred in diverse habitats and were abundant across the continent in the early 20th century. As poaching for rhino horn intensified over the last 50 years, some African rhino subspecies have been pushed to extinction. With only two individuals remaining in Ol Pejeta Conservancy and no reported sightings in native rangelands since 2008, the critically endangered northern white rhino is considered possibly extinct in the wild, or functionally extinct. This subspecies was historically found in parts of South Sudan, Uganda, and the Democratic Republic of Congo, with some populations reaching as far Chad.

What is the difference between the white rhinoceros and black rhinoceros?

Apart from being genetically distinct, the two main species of African rhino are easily distinguished by their size, the shape of their lips, and their preferred diet. The white rhino is the largest of all rhino species, making it the second-largest land mammal after African elephant species. Black rhinos are of a smaller build and lighter in weight. 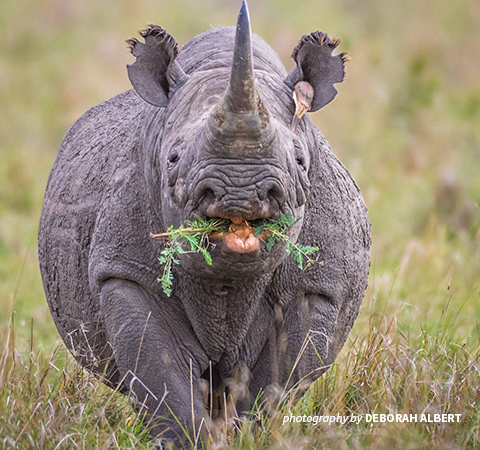 African black rhinos have a pointed lip for browsing

Why are rhinos killed for their horns?

Rhino horn is composed entirely of keratin, the same material that constitutes hair and nails. However, rhino horn is storied for its healing properties and is commonly used as an ingredient in traditional medicine in Asia despite no scientific backing for its medical efficacy. International trade in rhino horn is illegal. Some Asian countries like China have banned domestic sale, but a raging global black market for rhino horn continues to threaten wild populations in Asia and Africa.

How many African rhinos are left in the wild?

White rhino numbers have increased steadily to over 18,000 and black rhinos are recording a slow recovery. In March 2020, the IUCN reported that the continental population of Diceros bicornis had increased to 5,630 in 2018 from 4,845 in 2012. In this period, however, the population of white rhinos declined due to increased poaching in South Africa. Experts predict a steady but slow recovery of Africa’s rhinos with continued conservation efforts and strengthened wildlife law enforcement.

> Support rhino conservation efforts by urging your representative to sign the Critically Endangered Animals Conservation Act
> Send a message to Congress if you are outside the U.S.