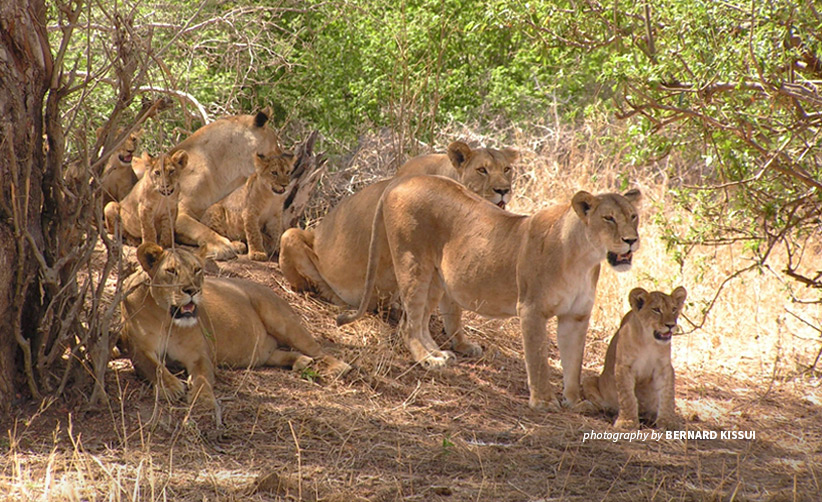 To protect that most iconic African wildlife species, the lion, conservationists rely on an array of solutions, mitigating threats including habitat loss, the illegal wildlife trade, and, most significantly, human-lion conflict — the leading cause of lion decline in numerous places. Confronting these challenges is the work of Dr. Bernard Kissui, a leading lion researcher whom African Wildlife Foundation has supported throughout his academic and conservation career.

Kissui has been working on lion/carnivore research and conservation for over two decades, starting as a field research assistant for the Serengeti Lion Project in 1998. In 2003, Kissui won AWF’s Charlotte Fellowship, which supported his Ph.D. research.

After graduating with a Ph.D. in Ecology, Evolution, and Behavior from the University of Minnesota in 2008, Kissui set up shop in Northern Tanzania’s Maasai Steppe, studying lion ecology and demographics in a landscape with one of the highest levels of human-wildlife interactions. 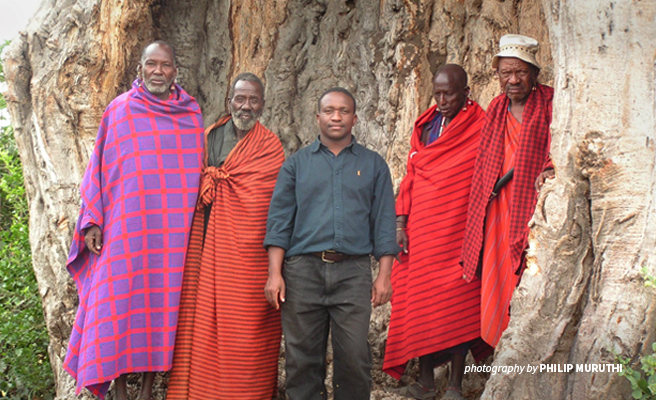 Over the years, his research focus crystallized to reflect the reality of lions and pastoralist communities sharing the land: potential for human-lion conflict. His long-term studies have helped create a broader understanding of such challenges and effective lion conservation strategies in the landscape.

He and his team have learned that most livestock predation in the Maasai Steppe occurs during the rainy season and that hyenas are responsible for most livestock kills. Yet lions appear to be disproportionately killed by local people in retaliatory killings. His team has also shown how livestock ownership and relative wealth do not correlate to a higher likelihood of retaliation against lions.

The team’s monitoring activities have helped identify human-lion conflict hotspot areas and the spatial-temporal pattern of conflict across the landscape. This information, coupled with data on movement patterns of lions outside protected areas, has helped focus conflict mitigation activities in hotspots.

Most importantly, the researchers have learned that there is no one best solution to human-carnivore conflict; instead, effective mitigation requires a holistic set of interventions that often operate synergistically and must involve communities. 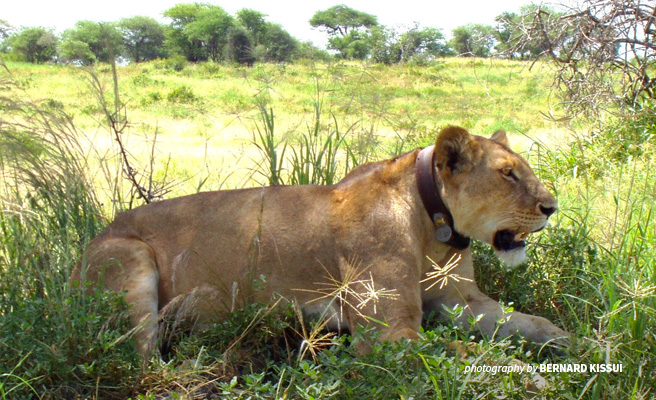 The ecological and demographic monitoring uses radio telemetry to regularly track and “see” lions in the study area. With this ability, Kissui and his team have vital knowledge. They can inform villagers about places lions frequent, and when; they can monitor if the pride is healthy; they can humanely direct lions away from livestock. Knowledge of lions’ favorite hangouts or travel patterns informs land-use planning, including ongoing early efforts to create a conservation corridor connecting Tarangire National Park and Manyara National Park.

The conflict mitigation work includes use of fortified bomas (corrals) with chain-link fences. It grew out of awareness (backed by research) that when lions attack cows, goats, and sheep, they most often do so while the livestock is in bomas. Thus, Kissui and his team began working with local pastoralists to strengthen their thorn-bush bomas with chain-link fencing. With fewer lion incursions, pastoralists are less likely to retaliate against the big cats with spears or poison. Research has shown that reinforced bomas thwart carnivore attacks on livestock more than 90 percent of the time. 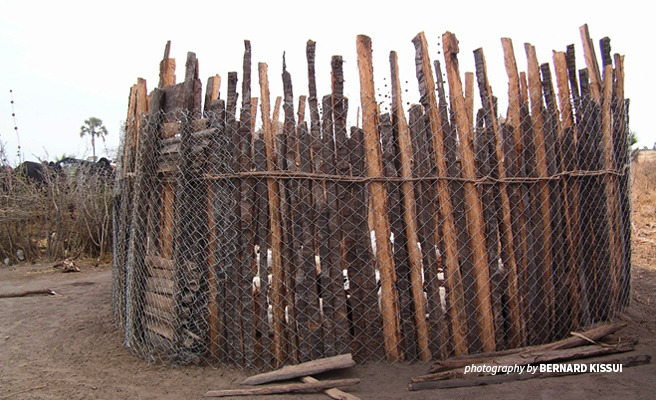 Bomas reinforced with chain-link fencing have proven to be much better at keeping out predators, including lions

Kissui’s community-outreach efforts, which he says need more financial support to scale up, seek to raise awareness of the value and importance of lions to ecosystem health. The team conducts presentations in area schools (but not currently, during the COVID-19 crisis) and, in the past, managed a program that tapped local men to act as lion guardians.

As director of the School for Field Studies’ Center for Wildlife Management Studies, Kissui also spends a good amount of time mentoring future conservation practitioners. It is a role he values because he received such meaningful support from AWF. He won AWF’s Charlotte Fellowship in 2003, which contributed to his graduate degree and his lion research. “I think my research, my community efforts, all of it can be ascribed to the impact of the Charlotte Fellowship Program,” he says.

His mentoring work today furthers one of AWF’s primary goals: building future conservation leaders. “We’re advancing the original idea of AWF,” he says, “promoting training and conservation leadership in Africa. It is, in many ways, one of the most fulfilling things I do.”

> Learn how AWF supported a young conservation scientist from Zimbabwe to contribute to U.S. environmental policies