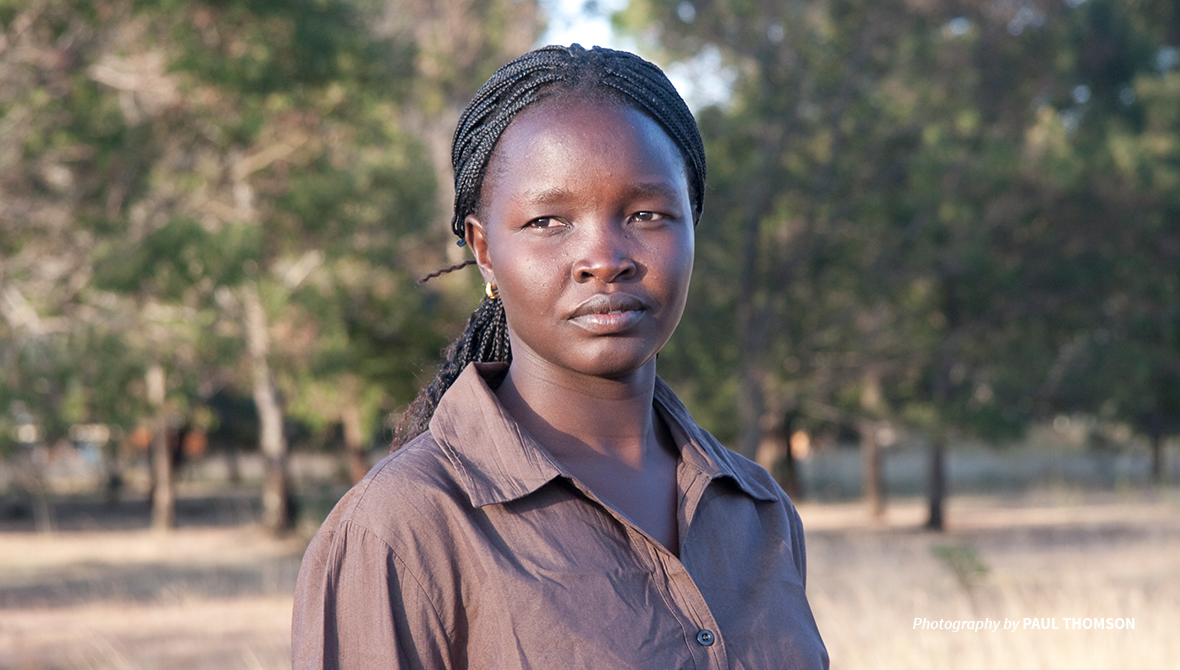 Tackling conservation challenges holistically, in a way that benefits communities and accounts for the uniqueness of any given landscape, requires skilled program staff and leaders, well-trained in conservation methodologies and ready to take on new challenges. AWF's Charles R. Wall Conservation Leadership and Management Program helps develop this capacity while expanding the ranks of Africans in conservation.

The program, launched in 2012, offers competitive and intensive on-the-job training for recent master’s degree recipients. Over two years, students gain real-world experience working in AWF’s field programs and at our Nairobi headquarters, and they emerge ready to serve as experienced conservation professionals.

To date, the program has graduated leaders from 14 countries; many of the graduates go on to join AWF as full-time staff members. Today, five program graduates work on staff in various teams, including global leadership and counter-wildlife trafficking. Other alumni have worked in organizations such as BirdLife International, the International Union for Conservation of Nature, the International Fund for Animal Welfare, the Maasai Mara Wildlife Conservancies Association, and the United Nations Development Programme.

“This program changed the trajectory of my story and many others,” says Jia Qiao, Wall Fellow and AWF Manager of External Relations, China. “No other conservation program on the continent affords one the room to learn and exposure to conservation. CLMP entrusts practical responsibilities that propelled me and others to contribute to conservation in a way we could have never imagined.”

In 2013, Edwin Tambara passed up a scholarship for doctorate studies to participate in Wall Program. Then 28, Tambara quickly found himself at the front lines of conservation. He was, for example, put in charge of developing the first management plan for any national park in South Sudan, and he helped create tourism plans for Campo Ma’an and Mt. Cameroon parks, among other important conservation areas across the continent.

Recently relocated to the U.S. with his family, Tambara now serves as the Director of Global Leadership, AWF's conservation policy team. In this role, he works with the governments, multilateral institutions, and other stakeholders to influence conservation policies and encourage development financing that supports rather than degrades wildlife and habitats.

AWF’s status as an organization deeply embedded in Africa is a key factor in his government engagements, he says. Sharing stories, successes, and insights from the ground with policymakers in Washington, D.C. and around the world ensures African voices and perspectives are heard. “Building relationships is the chief currency for engagement and for influencing policy outcomes,” he says.

Tambara is optimistic about the future. Historically, many conservation approaches were prescriptive and disenfranchised local people, which led Africans to view conservation as a Western priority, he says. But that is changing, as new opportunities arise for conservation that benefits people. “Young Africans, especially, are realizing that conservation has always been part of their lives and traditions,” he says. “I wholeheartedly believe our success with conservation rests in making it part of Africans’ aspirations.”

Scholarships and fellowships for conservation leaders in higher education

When AWF was founded, there were 3,000 young Africans studying medicine, law, and other subjects at U.S. universities, but not one African student was preparing for a career in conservation. AWF initiated a program of scholarships to enable young Africans to study wildlife management and biology at U.S. universities. One of the first three to receive a grant, Perez Olinda, would go on to become chief director of Kenya National Parks.

Our current iteration of this initiative is the Charlotte Conservation Fellowship Program, which supports postgraduate study. To date, the program has assisted 71 students from 19 African countries. Alums include conservation luminaries such as Eugène Rutaragama, internationally recognized for his role in saving mountain gorillas shortly after the Rwandan genocide, and Paula Kahumbu, CEO of WildlifeDirect.

Bernard Kissui won AWF’s Charlotte Fellowship in 2003, which allowed him to study lions in and around Tarangire National Park, with a special focus on demography and human-lion conflicts. Today, he is on the faculty of the School for Field Studies and a leading lion researcher. He has helped to identify and develop conflict-mitigation strategies such as predator-proof bomas, which protect lions while preventing Maasai farmers from losing livestock. “I think my research, my community efforts, all of it can be ascribed to the impact of the Charlotte Fellowship Program,” he says.

As a dedicated mentor to his students, Kissui has helped advance the careers of numerous African researchers and conservationists — illustrating how an investment in even one dedicated individual can have a significant multiplier effect.

In August 2021, AWF renamed the Conservation Leadership Management Program to honor the extraordinary leadership service and generosity of AWF Trustee Chuck Wall, who helped develop and strengthen AWF’s conservation education and leadership-development efforts. He also has been formative in establishing AWF offices in our focal countries.

AWF today is evolving the Charles R. Wall Conservation Leadership Management Program to extend its reach and hone critical elements such as mentorship. We plan to enroll 25 young African leaders every year for each of the next 10 years. The program will offer bespoke leadership training, intense mentorship and coaching support, and the development of problem-solving skills gained through tackling real-life problems within organizations and projects.

The Wall Fellows will be drawn from AWF and across the spectrum of AWF’s partners. Candidates are expected to have the ambition to impact conservation and the aptitude for increased leadership roles and responsibilities. Over the next 10 years, the program seeks to empower this group of 250 young Africans to take leadership roles within conservation institutions, AWF included.

A new network for AWF alums

Over the last three decades, AWF has contributed to the development of hundreds of leaders who today are driving and influencing conservation and development on the continent. AWF is excited to launch an alumni program that will support and engage the talented pool of conservation leaders who have participated in AWF’s training and educational initiatives. Initially drawing from the beneficiaries of AWF programs like the Charles R. Wall Conservation Leadership Management Program, the alumni program will connect emerging young leaders with mentorship opportunities, forge spaces for interdisciplinary dialogue, and be an invaluable platform for the mobilization of conservation action across the continent.