The dark blonde-brown mane, the golden fur with tawny spotting that grows out with age, the deep reverberating roar that can be heard for miles. It is the profile that is synonymous with the African savanna — the lion.

And though lions are found only in Africa (excepting the small number of Asiatic lions in India’s Gir forest), they are a universal icon. They are carved on pillars, cast in narratives, and used in logos around the globe. They are symbols of strength, ferocity, heroism, dignity, and pride. For centuries, lions have had a presence in art, literature, folklore, and cultural identity. Which makes it easy to mistake the lion for a certainty, to think that the regal creatures will be here forever. But the big cats are vulnerable, and their numbers are falling.

It is estimated there were as many as 200,000 wild lions in Africa 100 years ago. Now there are fewer than 25,000 lions left in the wild. Their present range is 80 percent smaller than it was historically. In just two decades, their population numbers dropped by 43 percent. Lions are disappearing. Already threatened by habitat loss, human-wildlife conflict, and a decrease in prey availability, lions have a new and powerful threat putting them at risk of extinction: the lion bone trade. 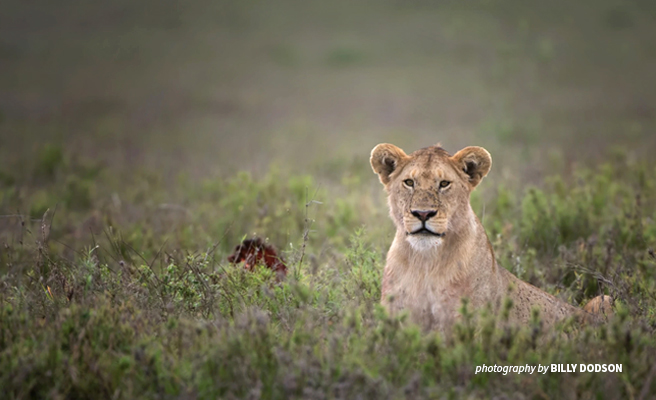 Lion populations are disappearing as demand for their bones grows

In October 2019, three people were arrested at O.R. Tambo International Airport in Johannesburg after officials intercepted 754 pounds of lion bones that were set to go to Malaysia. With the average lion skeleton weighing about 20 pounds, the confiscated total would equate to roughly 38 lions. In another incident in November 2018, poachers killed 40 lions in 48 hours. Africa’s fierce predators are struggling to survive.

To understand the growing market for lion bones, one must first look at another big cat, one not found in Africa, the tiger. With their distinctive black stripes, the tiger looks nothing like a lion. But, stripped of fur, the two largest members of the cat family are nearly indistinguishable. And that is just where the danger for lions starts. Critically endangered, there are less than 4,000 tigers left in the wild. They have become victims of habitat loss, human-wildlife conflict, and, their biggest threat, the illegal wildlife trade. Tigers have been hunted to the brink of extinction for their body parts. But with few tigers remaining and demand persisting, traffickers have identified a new target. With bones that look identical to all except experts, the African lion has become the unwilling substitute for feeding the demands of marketplaces in Vietnam, China, and Southeast Asia.

These Asian marketplaces sell the lion bone, often labeled as tiger, as traditional medicine, fortified bone wines, and “cakes.” In these medicinal uses, the bones are mistakenly believed to help joint pain, arthritis, and osteoporosis — despite no proof of any medical value. The bones, along with teeth and claws, are also made into jewelry and trinkets that are thought to impart strength and vigor — a cruel twisting of the lion’s symbolic significance. 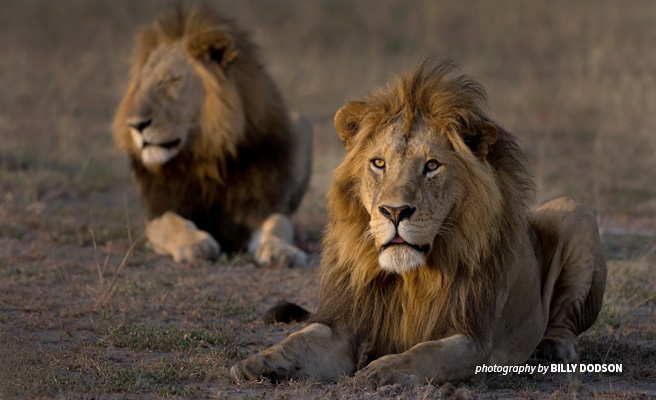 History of the lion bone trade

The first CITES (Convention on International Trade in Endangered Species) permit to export lion bones was issued in February 2008. Between then and 2016, more than 6,000 lion skeletons were exported from South Africa. In 2016, a treaty forbidding international trade in lion parts was enacted. The treaty has a caveat, though, allowing South Africa to continue to trade in parts from captive lions under a nationally determined quota, currently set at an annual 800 lions. But, having any trade allows the illegal poaching and trafficking of wild lions to persist. With no way to tell if the bones came from captive or wild lions, traffickers can slip in their wares as legitimate and avoid any repercussions. And for too long, exactly this has been happening.

Poachers are targeting lions in vulnerable areas across their sub-Saharan range. And they are not just using guns; they are poisoning water holes and setting snare traps with prey. A survey of lion populations in Southern Africa found that, of known human-caused mortalities, 35 percent were the result of targeted poaching for lion body parts. Retaliatory killings were responsible for the majority (51 percent) of the human-caused mortalities. But, in those instances, 48 percent of the lions had had their body parts removed — which raises the possibility that demand for lion parts might have been a motivating factor in the killings. 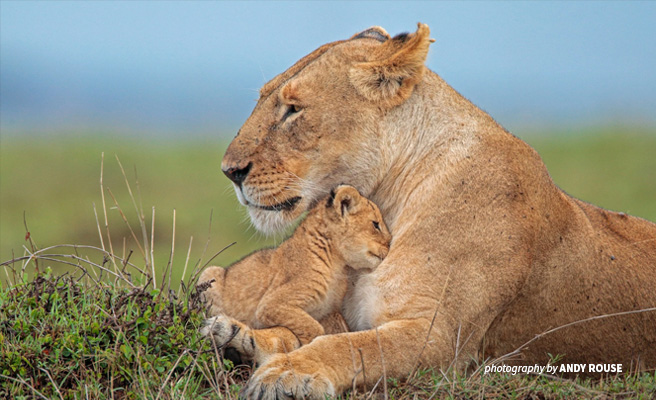 A future for lions

As frightening a time as it is for lions, there is still hope for them. AWF helps protect this important species through various initiatives. We are ensuring they have safe and suitable habitats through the expansion and management of protected areas that offer sufficient space for lions and their prey.

We are monitoring for threats: in Manyara Ranch AWF tags lions to keep an eye on them. We also support a successful program at the ranch that uses predator-proof bomas to keep community livestock safe from lion attacks and thus ends retaliatory killings of lions.

We are stopping the trafficking: our Canines for Conservation dog-and-handler teams are at airports across Africa, finding hidden wildlife products, stopping smugglers, and deterring poachers. And we are making sure poachers and traffickers do not do it again: our judicial support is providing training to law enforcement officials and prosecutors to secure strict sentences for wildlife crimes. We are not going to let lions’ roars go silent.