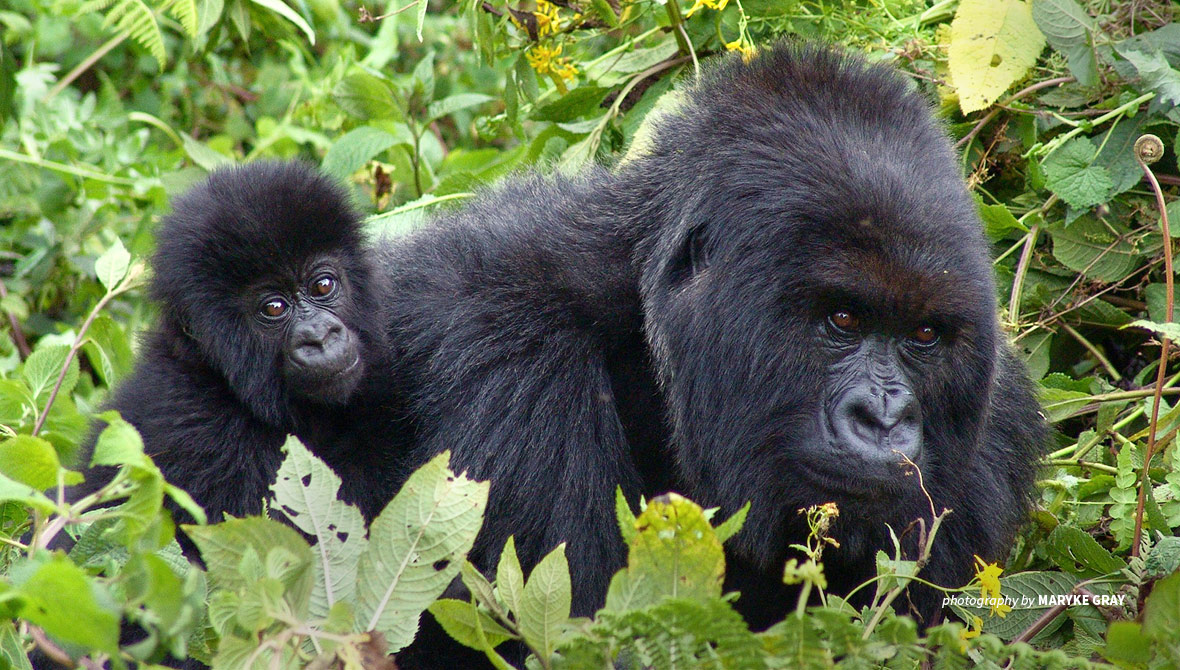 Mike Seay is the Digital Marketing Associate at African Wildlife Foundation. Mike strives to advocate for conservation as he writes, edits, and strategizes for AWF's advocacy campaigns, e-newsletters, marketing initiatives, and website. After graduating with a B.A. in Political Phi ... More

A mountain gorilla, one of just over 1,000 of its kind, chews on a bamboo stalk in a dense afromontane forest as awestruck tourists observe. An elephant uses its massive tusks to dig for water during a drought. Hundreds of buffaloes graze together in a vast savanna. Each creature is making a measurable impact on human well-being, even if that impact seems invisible. Through the lens of maintaining healthy ecosystems, the contributions of these iconic African wildlife species are as clear as day.

Removed from communities that engage directly with natural ecosystems, it is easy to conceptualize conservation as separate from human welfare. However, thriving wildlife species and wild lands are not a luxury for people but essential for human well-being and nature-dependent livelihoods.

Businesses and policymakers are beginning to see past the false division between humans and nature. Instead, they acknowledge that healthy, biologically diverse ecosystems drive sustainable development and human health. As such, the current global rates of biodiversity loss put us all at risk.

How does biodiversity conservation benefit humans?

According to a 2019 report by the Organisation for Economic Co-operation and Development, biodiversity serves humans through ecosystem benefits like crop pollination, water purification, flood protection, and carbon sequestration. In addition, the existence of our planet’s countless varied species in their natural habitats helps humans survive and thrive.

A 2019 UN report found that roughly one million plant and animal species are currently threatened with extinction. The report also states that about 75 percent of the land-based environment and 66 percent of the marine environment has been “significantly altered” by humans; 23 percent of the global land surface has reduced productivity from land degradation. In addition, between 100 and 300 million people are at a higher risk of hurricanes and floods due to coastal habitat loss.

In economic terms, the Organisation for Economic Co-operation and Development statistics underscore the value of the natural environment. Ecosystem services are valued at USD $125-140 trillion per year, over one-and-a-half times the world’s GDP. For example, the annual value of animal-pollinated crops around the world is estimated at up to USD $577 billion, and the benefits from seagrass nutrient cycling are valued at USD $1.9 trillion. Despite the massive value of these natural processes, such economic accounting is often neglected in private sector and policy decisions.

Balanced natural ecosystems are also vital to human health. For instance, amphibian species – up to 70 percent of which are declining or threatened with extinction – prey on insects that spread diseases and damage crops. Medical and pharmaceutical researchers have made countless breakthroughs derived from the world’s varied wild species.

Around 60 percent of all known infectious diseases are zoonotic, meaning they are transmitted from animals to humans. When ecosystems fall out of balance, diseases can spread more rapidly between different species. For example, the disappearance of large mammals in African savannas triggers a cascade effect: in their absence, small grazing mammals become more abundant, which in turn increases the abundance of fleas, increasing the transmission risk of flea-borne zoonotic outbreaks. Large mammals like the zebra and the African buffalo quietly but effectively protect humans from disease, making their conservation an investment in human health.

A growing number of philosophers, political scientists, and other scholars recognize biodiversity as a human right. The philosopher Martha Nussbaum goes so far as to use the ability to interact with other species in a healthy way as one metric for measuring human well-being. Similarly, the Better Life Index, an interactive tool developed by the Organisation for Economic Co-operation and Development, offers alternative metrics besides GDP to compare human well-being across countries and includes the environment as a key axis of human welfare.

These qualitative approaches argue that financial metrics alone do not represent the holistic impact of nature on human welfare since healthy ecosystems underpin each person’s rights to a stable livelihood, health, food, and water – to life itself.

Conservation versus development: a false dichotomy

Economic development has historically been considered at odds with the conservation of natural habitats and ecosystems. In many African countries, land conversion for commercial agriculture and infrastructure development encroach on wildlife habitats or block historical migration routes.

However, biodiversity is required for long-term economic growth. When governments and the private sector work together to protect natural resources such as wildlife, they open new avenues for economic growth. 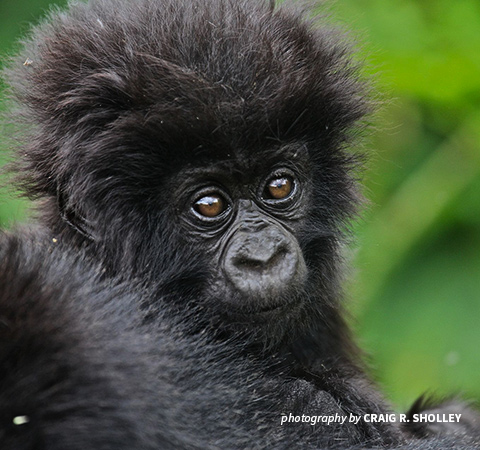 > Pledge your support for the mountain gorilla

Mountain gorilla tourism in Uganda and Rwanda offers one such model of combined conservation and sustainable development. Around Rwanda’s Volcanoes National Park and Uganda’s Bwindi Impenetrable National Park, community-owned lodges generate income for people living near protected areas and provide an alternative to activities that degrade mountain gorilla habitat. Additionally, a portion of the parks’ funding is used for species conservation. Other conservation-friendly enterprises bloom around this tourism, creating a healthy local economy in harmony with nearby wildlife.

However, threats persist even in successful areas like Bwindi. The park’s beloved silverback Rafiki was killed by poachers, and necessary COVID-19 restrictions have decimated the tourism sector. Among African primates altogether, 90 percent of great ape ranges are projected to be lost by 2050.

Humans still have the power to change course for gorillas, however. In 2018, African Wildlife Foundation donated 27.8 hectares of land to Volcanoes National Park, and in 2020, the process began to plant 22,000 bamboo trees on the land.

Raising the status of biodiversity’s impact

In wildlife-rich landscapes across the continent, African Wildlife Foundation fosters nature-based livelihood development, community-led conservation, impact investing, and other initiatives that have seen promising returns. At the same time, AWF strives to raise global awareness and nurture the relationship between conservation and human welfare.

Our current campaign in partnership with Care2 highlighted three recently introduced pieces of U.S. legislation addressing threats to amphibians, primates, and critically endangered species across the globe. So far, over 67,000 wildlife advocates are calling on the U.S. Congress to recognize the daily impact of biodiversity conservation on our lives.

Global leaders and policymakers must include biodiversity in economic, cultural, and public health accounts of human well-being. Current and future generations bear the cost of historical environmental neglect and abuse, as seen by the intensifying climate crisis and the unfolding COVID-19 pandemic. But if we can recognize the immense value of biodiversity conservation, we stand to enter a new era of harmony between human beings and the natural world.

> Send a message to the U.S. Congress: Biodiversity is for all of us