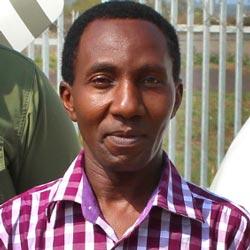 Nathan Gichohi is Manager, Species Protection at African Wildlife Foundation. As a conservation biologist, he works on more than 40 species protection projects, focusing mainly on rhinos, elephants, and large carnivores, in AWF’s priority landscapes. Nathan is also Project Manager of the Biosph ... More 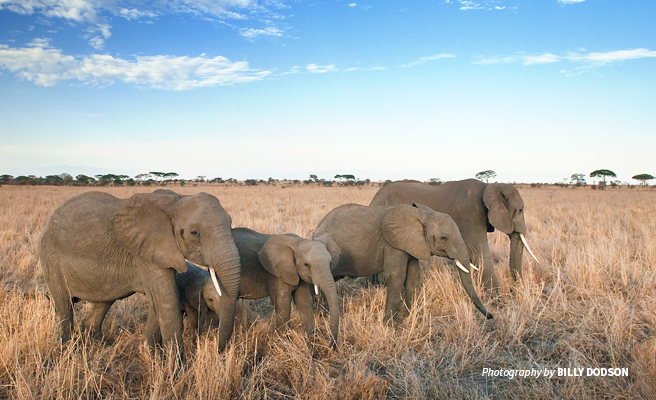 As the largest of all land mammals, African elephants play an important role in balancing natural ecosystems. They trample forests and dense grasslands, making room for smaller species to co-exist. Elephants also create water holes used by other wildlife as they dig dry riverbeds when rainfall is low. Herds travel over vast rangelands, and they disperse seeds in their dung, which helps generate new green growth.But threats to this giant of the forest are numerous. African elephants are most threatened by the poaching crisis. An estimated 35,000 are killed every year for their tusks; the natural growth rate in most elephant populations has yet to overtake the rate of killings. Many elephants are also the victims of retaliatory attacks after they venture into human settlement and farm areas.

Meanwhile, climate change and human land use are degrading wild lands, breaking up essential elephant habitats and impeding ancient migratory corridors. With the growth of commercial agriculture and infrastructure development, as well as extractive industry across the continent, the future of this keystone migratory species is at risk — and so are the fragile ecosystems that depend on it. 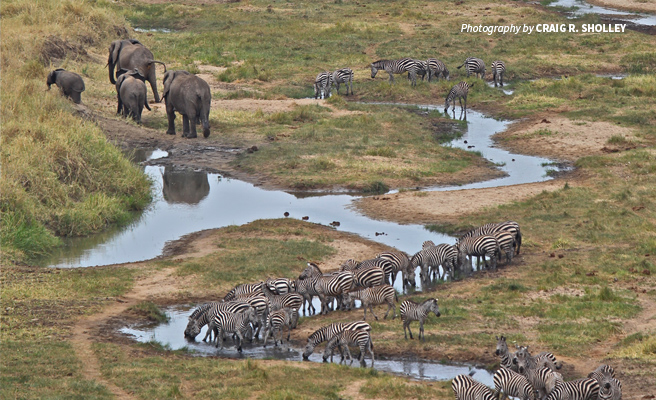 Improving the status of elephant habitats

To reverse the drastic declines and secure natural habitats, AWF supports 14 elephant populations, which make up 46 percent of the continental total. Our conservation work extends across range states including Benin, Botswana, Cameroon, Central African Republic, Democratic Republic of Congo, Kenya, Tanzania, Zambia, and Zimbabwe. In strategically identified priority landscapes — some spanning thousands of kilometers across countries — AWF provides wildlife rangers and community scouts with the skills and equipment needed to prevent the illegal killing of this keystone species.

At the same time, we work with local communities and landowners to minimize habitat loss caused by unsustainable farming and overgrazing. We train farming communities in conservation-friendly agriculture and create land-use plans with communities that might otherwise encroach on critical wildlife corridors outside protected areas.

In the transboundary Amboseli ecosystem — a vital elephant stronghold and popular tourist destination in East Africa — we helped create community conservancies to secure more space for elephants and other wildlife species. On these communal lands, AWF facilitated local ownership of ecolodges to provide an alternative livelihood for pastoralist groups using wildlife corridors as grazing land. 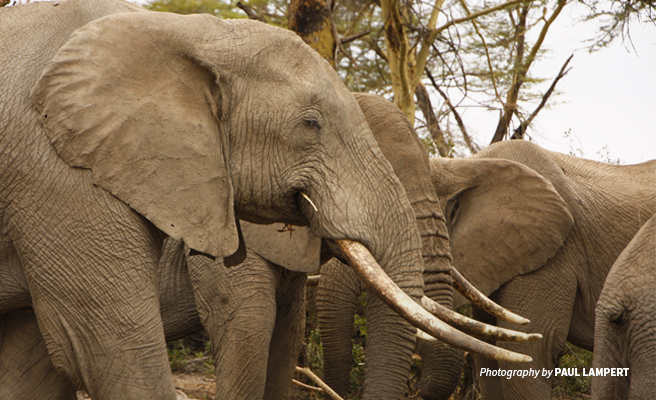 Enforcing the laws that protect elephants

By building the technical capacity of wildlife protection rangers on the ground, we have strengthened the ecological monitoring systems that track threats across vast landscapes. In the sites where AWF provides ranger training and monitoring equipment, patrol teams have destroyed poaching camps, arrested the poachers and confiscated elephant tusks and firearms. For ecosystems extending across country boundaries, we facilitate intelligence-sharing between national agencies.

However, catching poachers is only half the battle. AWF also trains and deploys sniffer dog units at strategic ports of entry and exit, helping government agencies to deter trafficking and catch smugglers. Without effective prosecution, wildlife offenders can evade punishment — and worse still, continue to engage in crimes against elephants and other endangered species. Through regional judicial workshops and mentorship programs, AWF trains prosecutors and other law enforcers in effective wildlife crime investigation and prosecution.

Of the 14 elephant populations that we protect in nine countries across Africa, 10 are increasing or stable. In the Tsavo-Mkomazi ecosystem, which stretches across Kenya and Tanzania, cross-border coordination between anti-poaching units and wildlife law enforcement continues to deliver much-needed impact. Data from the 2017 aerial wildlife count, supported in part by AWF, shows elephant populations increased by 14.7 percent between 2014 and 2017.

In addition to the growth of elephant populations in this key transboundary ecosystem, the census also found buffalo populations increased by 26 percent and giraffes by 61 percent. However, 1,167 elephant carcasses were also counted. It is a reminder that this keystone species is under constant threat from habitat loss, human-wildlife conflict, and poaching for its ivory.